There is no doubt about it. Between the idioms each generation coins and the regionalisms that mark our speech, language is alive and thriving.

Sometimes those changes are all for the good (did we ever really need a comma between the month and the year when no specific date number was given? And is dropping the he/she for a brand-new singular "they" is starting to make sense, especially when repeating he/she more than two times in a sentence just sounds stupid.).

But some changes drive me insane, one in particular: hooking a preposition to a verb when the person really should simply use an infinitive verb. For example:


People say, "I'm planning on going to the party,"
when they should say, "I plan to go to the party."

Actually, the first sentence has two errors: 1) the present progressive form ("I'm planning") clutters up the sentence and 2) "on going" is mixing the preposition with the verb.

Prepositions don't go with verbs. Period. They partner with nouns on occasion, but never with a verb. The whole definition of a preposition is to show location (think pre + position). 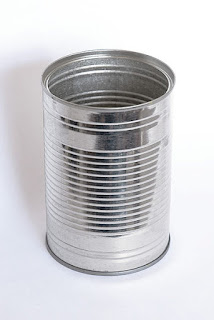 A good way to remember prepositions is the hollowed out tin can.

All those words are prepositions -- they show position.

Of course, this is English, so there has to be an exception or two. The word "to" is one of them. "To" can be a preposition ("I went to the store.").


And therein lies the problem, I suspect. Saying "I plan on running later" gets rid of the awkward progressive form, but keeps the preposition/verb mix-up. It's a phrase that tries to make a prepositional phrase out of a verb.

Here's one for you to try: find the prepositional phrases in the following sentence:


The firetruck screamed down the street, around the corner to the fire.
(answer at the end of the post)


So, what does this rant (and grammar lesson) have to do with today's workshop? Let it serve as a reminder that knowing the grammar rules are important...because only if you know them do you know when to break them.

Misusing the language is a great way to show the education level of a character. If the words, "plan on" (or worse, "planning on") come out of a character's mouth, that let's the reader know about the person without any further description.

No specific activity today. Just take a look at your manuscript and make sure you've used the infinitive form and not the sloppy one -- unless you meant to!