Not only is St. Patrick's Day quickly approaching, but nthis week is Read An Ebook Week - and what better way to celebrate than by reading stories by Irish authors - or at least, Irish-American authors (that's me!).

Starting today, Sunday, March 7th, Shadows of the Past and Stitches in Time will be on sale at Smashwords for 25% off. You can download any format you wish, all are on sale.

Did you know I took the photos for both covers? My husband and I visited Ireland in 2016 and I took the picture of Glenquin Castle - a place I definitely wanted to visit, since it played a major role in Stitches in Time. Of course, after visiting, I made a few adjustments to the story. Reading about a place didn't give me the details I found when I actually stood on the grounds (and drove on Irish roads!).

The picture on the cover of Shadows of the Past is of O'Brien's Tower at the Cliffs of Moher. Yep.. We not only walked a portion of the Burren Way, we also went to the top of the tower (and took more pictures. Lots. More. Pictures.). 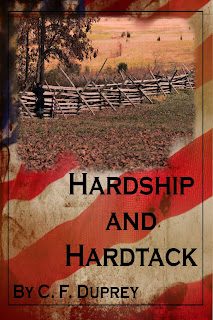 Reading and Writing...and no Arithmetic


So I took February off from social media - mostly. I also refrained from reading the news - again, mostly, sticking to weather reports and local COVID updates. It was time I got back to a story I started after my last cruise (doesn't that sound high? My LAST cruise, because, you know, I go on so many. Okay, three. I've been on three. And I will probably never go again. Thanks, Pandemic - which I capitalize to give it the Importance It Deserves). Anyway...I'd started an erotic romance (yes, I KNOW. I said I was done with that genre, but sometimes the characters just leap out of my imagination and onto the page and who am I to deny them their pleasure?), and decided it was high time I got back to those characters and nudge them forward in their story.

I didn't do as well as I'd hoped, but I did add another 3000 words to the story, mostly in the beginning of the month. Still a little hard to concentrate, what with all that's going on, but life is moving forward - and so is Maisy and Scott's story. No title as of yet - toying with RomantiaCruise, or Romancing the Seas - but both sound pretty 70's, don't they?

Reading, however, I have covered. I'm including both my January and February reading lists as I didn't update my January post (I was taking a break, remember?). You'll note I read 18 books in the first eight weeks of the year. Yeah. Escape is my coping strategy right now.

Besides the two books by Julia Quinn: The Duke and I, and The Viscount Who Loved Me, read in preparation for watching Bridgerton on Netflix, I also read the entire Mortal Instruments series by Cassandra Clare: City of Bones, City of Ashes, City of Glass and City of Fallen Angels.

Finished the last book in the Mortal Instruments series: City of Heavenly Fire. Overall, the series was enjoyable, even if the writing was uneven.

Clanlands by Sam Heughan and Graham McTavish - Two teenage boys let loose (a friend called them "frat boys" - but I don't think they're that entitled. More like little boys told to go play). Am looking forward to their series, Men In Kilts.

Blood of Elves by Andrzej Spakowski - this is the first in The Witcher series. I've tried the Netflix series, but kind of lost interest after five or so episodes. This book seems to take place WAY before the series does, and it might've been better for Netflix to have started where the books did. Interesting to read a translation - sometimes there's a bit of awkwardness in the sentences, but it's a good (if bloody) story.

And then, because I needed a break from the blood and gore: seven Julia Quinn books in a row: An Offer From A Gentleman, Romancing Mr. Bridgerton, To Sir Phillip with Love, Because of Miss Bridgerton, When He was Wicked, It's in his Kiss, and The Girl With the Make-Believe Husband. What can I say? When one needs an escape, Regency's are wonderful. And Ms. Quinn writes with flair.

On the last Saturday of the month I found myself with time on my hands - and chose to spend it at Barnes and Noble. I have a stack of unread books from both Christmas and my birthday, plus at least three dozen I've picked up here and there but not yet cracked the bindings on. So naturally I bought five more books!

One I finished today, but will count in February's total, since the bulk of it was read this past weekend - and it is one I HIGHLY RECOMMEND: The Ten Thousand Doors of January by Alix E. Harrow. It probably deserves it's own post, but I'm still carrying the book inside my head and can really do no more than make a recommendation. I'll roll it around my thoughts for several days - going back to it in my head and re-living parts. In a few months, I'll pick it up and read it again, knowing there are more levels, and wanting to revisit the characters. And maybe then I'll be able to make coherent statements other than the banal, "Good book, read it."

That catches me up. Hope you are all doing well. It's storming here again (windstorm with snow this time), so staying put tonight. Play safe, and wear a mask!