After two years of being out of print and unavailable, both SECRET SUBMISSION  and SUBMISSION REVEALED are both re-released into the great, wide world! 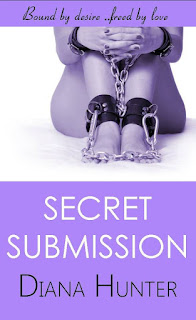 I sent off an email (which sounds so cavalier - in reality, it took me over an hour to write it as I agonized over every phrase!) - to my surprise, I got an answer about three hours later - on a Sunday night, no less. Response? She wanted to see my manuscript!

Not only was the quick reply unexpected, but I was so used to rejections for my historical, I didn't really expect anyone to want to see anything I'd written. Problem was, the manuscript wasn't organized into chapters, it wasn't even formatted well and it could use a good spellcheck - and it was nearly 10:00 on a Sunday night. What to do?

Call in sick to work on Monday, of course! I took the morning, whipped the first three chapters into shape and wrote a synopsis, and then stared at my responding email for a good twenty minutes before I summoned enough courage to hit "Send." I knew better than to get my hopes up - and the website said there was a 4-6 week period before getting responses, so I promptly attempted to put the whole thing out of my mind. The next day I went off to school, taught all day, came home and opened my email without expectation.

So you can imagine my surprise when there was an email from Ellora's Cave, offering to buy my book. I had pitched it as a two-book series and admitted the second book wasn't written yet, although the outline was. Because it was going to be two books, the first book didn't actually have much of an ending. The editor told me I had to change the end of the first book to a Happily Ever After. And they were only buying the first book. When I wrote the second, they'd consider it.

I spent every evening and the weekend finishing the book and putting the rest of the short episodes into chapter form. By the following Sunday night (a week after that first email), it was ready to send to the woman assigned to be my regular editor - Pam Campbell. Pam was wonderful and we worked together on almost every book I wrote for Ellora's Cave. I miss her guidance. 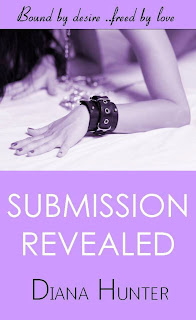 Submission Revealed, which was always planned to be the second book, and for which I'd written the synopsis back in that quick week of May, 2004, didn't actually end up getting written until four years later and was released for the first time in May, 2009. Too many other stories crowded in between, demanding they be told. EC's art department was in transition at the time and I never liked the cover they provided. Secret Submission's cover was striking - and I never could figure out why they didn't do a visual tie-in with the covers so readers would know the two were related.

Hence the new covers for both books. While the design of Secret Submission is much the same as the original, the photo is different (I could've used the original, but the photo quality wasn't sharp anymore, so I replaced it). Submission Revealed's cover now aligns with the first book in the series, so you can tell they're partners.

So here they are, re-covered and re-released - all bright and shiny and new again. Both are available in all ebook formats. Happy reading and, as always -