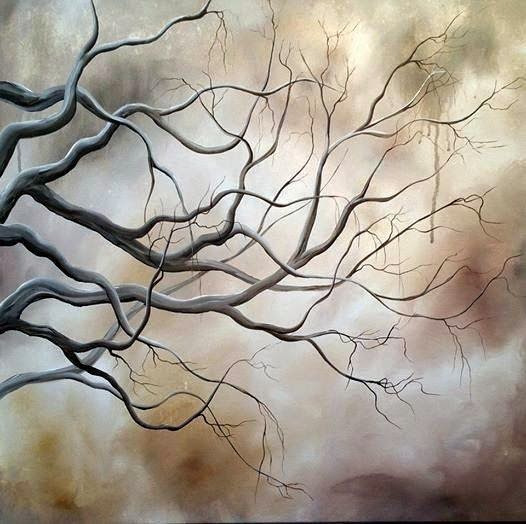 The hard edges scraped against the tin roof, squealing like fingernails on a chalkboard. Not the newer boards found in today’s classrooms. What a progression there. You could trace it backwards. SmartBoards replaced whiteboards replaced green boards of luan. You had to go back a long way to get to real slate. Heavy, but good for drawing on. And for truly driving your teacher crazy if you skipped cutting your fingernails one week.
Emma’s shoulders hunched as the scrape came again. “That damn tree,” she muttered. “Should’ve cut it down years ago.”
Rain, fat drops of it, splattered against the window and she swore again. She’d closed all the windows at the first sign of darkness on the horizon, but got up to check them again. Each was tightly shut and latched. ‘Course that didn’t mean the curtains didn’t make little dances in the breeze that squeezed its way through the cracks.
A flash of light startled her, but her mind counted automatically. “One alligator, two alligator…” She made it to seven before the roll of thunder reached her. There was time.
She wasn’t alone. Barnaby was around somewhere. Probably hiding under the big bed upstairs. Scaredy-cat. Literally.
But George wasn’t home and she paced, worried he might’ve left the store early, trying to get home before the bad weather struck. Her hand hovered over the phone, tempted to call and tell him to stay put.
But that would let him know she was worried. Scared to stay in the house during a thunderstorm and she didn’t want to hear his gentle teasing. She was an adult. No need to be worried over things that she couldn’t control.
Another flash, another screech across the tin roof, another jump of her nerves.
Definitely time to take that tree down.

Very nice, and I love the painting!