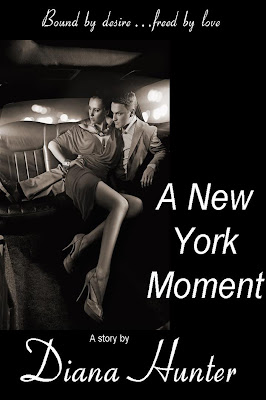 Sometimes it doesn’t even take a minute to fall in love...


The slave’s intermittent moans were the only thing to escape from the tight bondage she was in and Aidan’s thoughts drifted back to the look on his secretary’s face when he’d told her he was leaving for the afternoon. He grinned. His training of Penny Templeton, slow and subtle, was bearing fruit. From the moment Ms. Templeton had walked into his office, her efficient professionalism encasing her like a suit of armor, Aidan had known there could be only one satisfactory result.
The slave hogtied on the floor in front of him had been eager and willing to crawl and demean herself from the very beginning…very willing to have her breasts bound and her body used as a toy for his pleasure for the past three months. But as he listened to her moans increase in intensity, Aidan realized that he was bored with her. While it was true that he could count on this slave to be available whenever he needed her, as he watched her writhe in her bindings, he realized he wanted something different. Something harder.
Penny Templeton was his challenge. Prim, proper and wound up tighter than a Swiss watch. All she needed was the right motivation and her spring would unwind into his hand.
The fact that she worked for him had made the challenge even harder. How to seduce her? How to turn her into the same quivering mass who lay on the floor before him and not get a harassment suit slapped on him? Aidan grinned at the slave on the floor, imagining Penny in the same binding, seeing the same begging hardship in her eyes. His slave wanted to come, but he applied the same philosophy to her as he did to himself. In fact, the same philosophy he used in his business dealings. So much so that the mantra was a part of his personality—“the greater the anticipation, the greater the reward”. He left the slave writhing on the floor as he considered his slow, relentless seduction of Miss Penny Templeton.


Reviews
Jane Stewart on Goodreads: "My main complaint: it’s too short. I wanted more."
Adriana on Goodreads: "This story would have been a wonderful full length novel but what there was of it was well written and made you want to cheer for this couple and their developing relationship."